In anticipation both that Mr. Trump would lose the recent election and that, on his way out the door, he would issue a spate of pardons, perhaps to himself, and certainly to others, I’ve been researching the issues presented by such a pardon spree. The results are now in an article: “Presidential Pardons and the Problem of Impunity,” which is available at this link.

In summary, I conclude that:

A President cannot constitutionally pardon himself, though the point is untested.  In theory, a President could resign, or under the Twenty-fifth Amendment withdraw temporarily from the office, transform the Vice President into the President or Acting President, and secure a pardon from the his former subordinate. But that seems improbable.

A President can pardon anyone but himself (both humans and corporations), and those pardons, once issued, are almost certainly unchallengeable and irrevocable. A presidential pardon can cover any (and perhaps all) federal crimes the beneficiary has ever committed, so long as such crimes occurred and were completed prior to the issuance of the pardon. A president cannot pardon crimes that have not yet been committed.  Consequently, a pardon issued corruptly might itself constitute a crime that could not be pardoned.

The pardon power does not extend to state crimes or to any civil or administrative action brought by federal or state authorities. A presidential pardon cannot block congressional investigations.  Finally, because a pardon effectively erases the Fifth Amendment privilege as to offenses covered by the pardon, it might make it easier for criminal and civil investigative authorities and Congress to compel testimony from the person pardoned.

Therefore, presidential pardons could inconvenience, but could not prevent, thorough investigations of the private and public actions of a former President or his associates.  The Article concludes by recommending a thorough, but judicious, use of available investigative avenues to inquire into well-founded allegations of wrongful behavior by former presidents and their personal and political associates.

Several recent articles have suggested that, should Special Counsel Robert Mueller be fired and his investigation discontinued, state attorneys general could, in effect, step into his shoes.  While state officials can play some role in what might broadly be termed the anti-Trump resistance, I do not believe they can function effectively as stand-in special prosecutors.

I lay out my reasons for this view in an article published today in Slate.  You can read the article at this link.

I’ll be writing a bit more on this subject, and reader reactions to the Slate piece, in coming days. 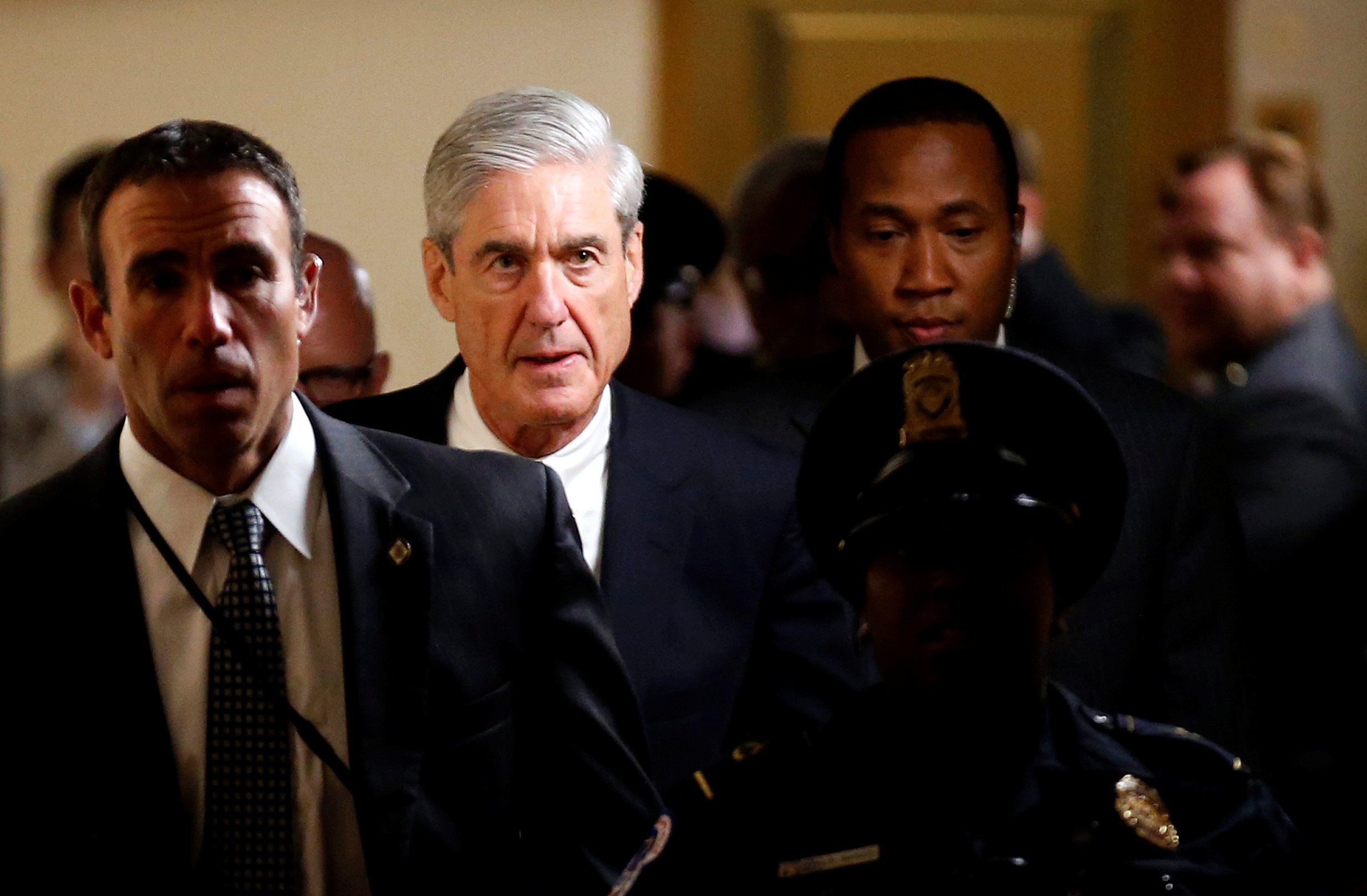 In a series of tweets, Mr. Trump asserted that he has “complete pardon power,” although he did not say he intended to exercise that power immediately.  These remarks, combined with earlier reports that he has been consulting legal counsel about the extent of his power to pardon, certainly raise the prospect that he may seek to block the progress of the Mueller investigation by prospectively pardoning those who are its subjects, possibly including himself.

Should he do so, several issues alluded to previously here and in my recent Slate article will jump to the forefront: (1) whether a president can issue prospective pardons, i.e., can he pardon people for crimes with which they have not yet been charged; (2) whether a president can pardon himself; and (3) whether the use of the pardon power to block an investigation into wrongdoing by the president or his close associates would itself constitute either the crime of obstruction of justice or an impeachable offense.

The answer to the first question is probably yes.  At a minimum, we have the historical example of President Gerald Ford who pardoned his predecessor, the recently-resigned Richard Nixon, for criminal offenses he might have committed in connection with the Watergate scandal.

Whether a president can pardon himself is hotly contested, but if he can, the constitution expressly provides that such a pardon cannot extend to impeachment.

Whether an exercise of the pardon power to block an investigation could itself constitute a crime is a fascinating, but unresolved, question.  My own instinct is that it could be.  Merely because a government officer has the legal power to perform an act does not mean that the act is not criminal.  For example, a member of Congress has the undoubted power to vote for or against legislation, but if the member votes a particular way because she received a bribe to do so, that would be a crime.  Presidents are no different.

Finally, I find it almost inarguable that a corrupt exercise of the pardon power would constitute grounds for impeachment.  On this blog, we have not yet discussed what kinds of conduct can constitute an impeachable offense.  However, the undisputed core of impeachable behavior is misuse of presidential power.  The fact that the power in question is that of issuing pardons does not change this fundamental conclusion.

All these questions will be discussed on this site in greater detail presently.  In the meantime, I strongly recommend a fine new law review article by Professors Daniel Hemel and Eric Posner on presidential obstruction that covers in detail or touches on all of them. It can be downloaded at this link.

Robert Mueller, appointed by the Department of Justice as special counsel to investigate the Trump campaign – Russia connection, is looking into whether any crimes have been committed by Mr. Trump, his family, or subordinates.  Many people may be hazy on what would happen if and when Mr. Mueller identifies one or more prosecutable offenses. I have put together an “informed citizen’s guide to the obstacles that stand between Mueller deciding that a crime was committed and either impeachment of President Trump or prosecution of any Trump-linked suspects.”  It was published in Slate yesterday at the link below.

Not So Fast Special Counsel: All the ways Robert Mueller’s investigation of Donald Trump might be tripped up before it reaches the finish line.