Is there a constitutional defense against members of the Executive and Legislative branches that act not illegally, but immorally? Constitutional scholars have recognized this possibility for judges, but would leave it to the political process to take care of the rest of the branches. Neil S. Siegel, in his article After the Trump Era: A Constitutional Role Morality for Presidents and Members of Congress,  published in the Georgetown Law Journal in its October, 2018 Edition, argues that the moral constitutional standard applied to judges should be extended to presidents and congressmen as well. Here is an excerpt from his article:

Meanwhile, the federal government itself is becoming even more dysfunctional as elected officials increasingly disregard norms that previously constrained partisan competition; more often than not, elected officials are unable to cooperate across party lines to execute the basic responsibilities of the federal government. Examples abound. The confirmation process for Supreme Court Justices has become a hyperpartisan, destructive race to the normative bottom. A Republican Senate approved highly consequential tax legislation without any Democratic input or even a single hearing, let alone the traditional process of “multiple congressional hearings, proposed statutory language and detailed reports from the tax-writing committees, all prepared well in advance of any vote” and “with the assistance of [Joint Committee on Taxation] staff and with the input of Treasury Department experts.” In addition, Republican President Donald J. Trump routinely flouts norms and conventions of proper governmental behavior that previously constrained presidents of both parties. The Democrats, for their part, held up urgent funding legislation in order to extract a deal that would offer a path to citizenship to beneficiaries of the program known as Deferred Action for Childhood Arrivals (DACA); a shutdown of the federal government ensued. Three characteristics of the problems discussed above stand out. First, they mostly implicate the convictions and conduct of the public and the political branches, not the courts. Second, they concern mindsets and behavior that, although troubling, are not potentially unconstitutional or otherwise illegal. Third, that behavior, even where not potentially unconstitutional or otherwise illegal, raises concerns that are properly denominated constitutional in the broad sense that they appear to call into question the long-term health of the American constitutional system. 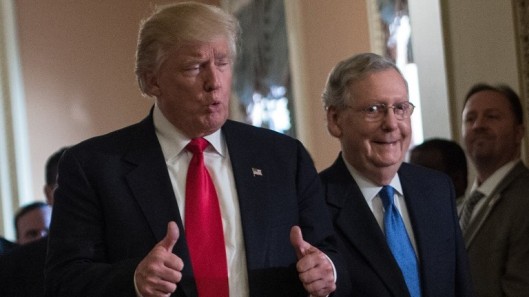