Tyler Brown’s article, “The Court Can’t Even Handle Me Right Now: The Arpaio Pardon and Its Effect on the Scope of Presidential Pardons,” published in the Pepperdine Law Review, examines the effect the President Trump’s pardon of Joe Arpaio will likely have on the law and Trump’s political standing:

The Constitution grants the president the power to pardon individuals for offenses against the United States. Courts have interpreted this power broadly, and the American public has historically accepted its use, even in the face of several controversial pardons over the last five decades. However, after President Trump pardoned Joe Arpaio—a former Arizona sheriff who was held in criminal contempt of court for continuing to illegally detain suspected undocumented immigrants—scholars, activists, and political figures questioned whether this pardon was unconstitutional. This Comment discusses the Court’s interpretation of the pardoning power, controversial pardons in modern history, and the details of the Arpaio pardon and the public’s response. After comparing the Arpaio pardon to previous pardons, analyzing constitutional arguments, and laying out the legal and political impact the pardon may have on the Trump administration, this Comment ultimately concludes that the Arpaio pardon is constitutionally suspect, but the current Court is not likely to make any changes to the pardoning power’s broad interpretation.

The Ways and Means Committee of the United States House of Representatives has asked that the I.R.S. turn over President Trump’s tax returns and related information from the past six years. The Committee’s Chairman, Rep. Richard Neal, notes that the reason for his request is  to examine audit procedures for a president.

William S. Consovoy, retained by President Trump to represent him on this matter, responded to the request with a letter sent to the U.S. Treasury Department, advising the I.R.S. not to turn over the returns. He argues in that letter that President Trump has a privacy interest in his tax returns, which should be protected, and that the Ways and Means Committee has no legitimate reason for requesting  them. He claims that the reasons put forth by Neal are disingenuous and meant to hide his true motivation, which is purely political.

The congressional authority to request tax returns is codified in 26 U.S.C. section 6103(f), which reads in part:

Emphasis is added here to demonstrate that, generally, the I.R.S. does not have the discretion to refuse a request for tax records from Congress. However, as Ross Garber points out in a piece written for Politico, the Supreme Court has held that Congress exceeds its constitutional authority when requesting documents without a legitimate legislative purpose. He predicts a lengthy legal battle to determine whether such a legitimate reason actually exists, which Congress will ultimately  lose by reason of lack of legal authority or eventual mootness. Still, all is not lost. Garber points out that if the returns are not ultimately turned  over, then they could become a future article of  impeachment, for failure to turn over tax returns for improper reasons. 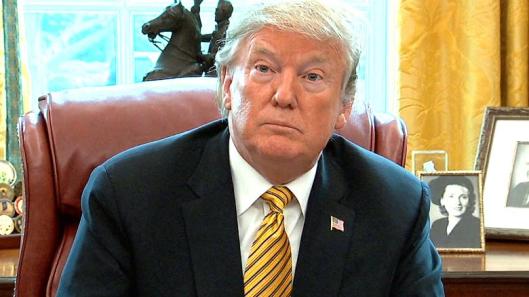 Representative Al Green has expressed his intention to resubmit articles of impeachment this year. He introduced articles twice last year, citing Trump’s bigotry and racism as evidence of his lack of integrity and unfitness for office, and, forcing a vote on the floor, summoned the support of 60 democrats. He is not dissuaded by Attorney General Barr’s summary of Mueller’s report, and the lack of evidence of conspiracy between the President and the Russian government. He maintains that Trump is unfit for office because of his discriminatory decisions and statements.

Green’s position is similar, if more narrow, to that which has been put forth by Professor Bowman who presents  “a view of impeachment as an essential tool in the case of a president who consistently violates legal and behavioral norms essential to the preservation of American constitutional order.”

Attorney General William Barr has released a four-page summary of Special Counsel Robert Mueller’s report. In it he announced that Mueller did not find sufficient evidence to establish the President Trump’s campaign conspired with Russian groups to manipulate the results of the 2016 election. Additionally, he writes that Mueller did not make a recommendation as to whether the President should be charged with obstruction of justice, but rather presented evidence on both sides of the issue and deferred to the Attorney General. Bar and Deputy Attorney General Rod Rosenstein have decided not to pursue indictment of the President on that charge. Barr notes that he intends to release as much of the report as will not violate Federal Rule of Criminal Procedure 6(e), governing the release of grand jury information. After the release of Mueller’s findings, the House of Representatives will have to decide whether they believe the evidence is sufficient for impeachment. 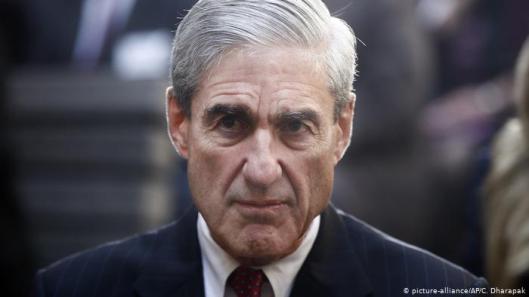 A large number of the 81 individuals subject to the House Judiciary Committee’s “friendly subpoenas,” requests for documents sent to President Trump’s organization, campaign team, transition team, inaugural committee, and his personal associates for documents having to do with the committee’s probe into the allegations of Trump’s obstruction of justice, have already complied and sent documents. These documents could be used to lay the foundation for impeachment proceedings in the House; however, recent remarks by Speaker of the House Nancy Pelosi, seem to indicate that said impeachment proceedings my never occur.

Can a sitting president be indicted? W. Burlette Carter approaches this question from a historical perspective in her forthcoming article Can a Sitting President be Federally Prosecuted? The Founders Answer. Carter asserts that the Founder’s answer would be one based on jurisdiction:

The Founders would have recognized that, before the formal issuance of Articles of Impeachment, courts of law have the power to stay their own proceedings against a President for good cause, just as English/British common law courts with concurrent jurisdiction always could. And they would have have accepted that courts of law can, in the first instance, decide evidentiary issues such as executive privilege for matters proceeding in their fora. Again, despite Parliamentary power over impeachment, common law courts had long done so in England and Great Britain, so long as they otherwise had jurisdiction.

For an in-depth examination of the British and early American view on jurisdiction to prosecute the president, follow the link above.

House Democrats are reportedly shying away from impeachment, even in light of Michael Cohen’s testimony, which may have implicated President Trump in acts of tax fraud, insurance fraud, and campaign finance violations. The New York times characterized the Dem’s approach to the impeachment inquiry as “a thousand cuts over a swing of the ax;” meaning a drawn out investigation has a greater chance of injuring Trump, by lowering his chance of reelection, than impeachment does, which could energize his base. However, the unwillingness to, at least doggedly, pursue impeachment, begs the question “is there an obligation to impeach?” Constitutional scholars have said no. Akhil Reed Amar wrote in his article On Impeaching Presidents, published in the wake of the Clinton Impeachment, about prosecutorial discretion in administering impeachment:

Article I, Section 2, of the Constitution gives the House the “power” to impeach, but imposes no duty to impeach. The Framers knew how to use the word “duty”–indeed they used it twice in Article II–and so there is no ambiguity here. House impeachment is about power, not duty–about choices, not obligations. Impeachment is never reducible to one question: Is the conduct in question impeachable? Instead it always also implicates a second question: Is it worth it? Just as a grand jury can legitimately decline to indict and a prosecutor may legitimately decline to prosecute as a matter of discretion– fairness concerns, resource constraints, bigger fish to fry, avoidance of undue harm to third parties–so too the new House may decide that the President and, more importantly, the nation have suffered enough. . . . The new House must be free to use this power as it sees fit. It is not a potted plant, and indeed enjoys greater democratic legitimacy than the lame-duck House that voted to impeach, contrary to the spirit of the people’s verdict in the November congressional election.

Regardless, Democrats should consider the value of precedent. Even if harming Trump’s chances of reelection has the same effect as his removal, it fails to set an example for future congressmen.

Democrats of the House of Representatives, specifically the House Financial Services and Intelligence committees, are planning to use their subpoena power to uncover President Trump’s dealings with Deutsche Bank, a German bank which has funded Trump’s real estate ventures over the years. The dealings are viewed with scrutiny because the bank previously played a role in Russian money laundering. Investigation into this area could determine whether the Trump Organization was also engaged in money laundering, and, if confirmed, strengthen the case for Russian collusion.

CNN Reported today that Special Counsel Robert Mueller may conclude his investigation as early as next week. Their information apparently came from sources familiar with Attorney General Bill Barr’s plan to announce the completion. But! Don’t get too excited. Though Mueller’s report may be finished soon, that doesn’t mean the public or Congress will get to see it.

The regulations which govern Special Counsels are contained in part 600 of title 28 of the Code of Federal Regulations. 28 CFR 600.8 says that when Mueller gets done, he needs to send his final product off to the Attorney General, Bill Barr. 28 CFR 600.9 says that Barr only has to tell Congress 1) that Mueller is done; and 2) if he disagreed with any of Mueller’s suggested actions because they were “inappropriate and unwarranted,” and an explanation of that conclusion. So what we’ll find out is, for the most part, at Barr’s discretion. However, Barr told Congress during his confirmation hearing that he intends to release his own summary of the report, and will be as transparent as possible within the confines of the law (for a thorough analysis of Barr’s statements, click here). If Barr releases less than what Congress would like, their remedy is a subpoena. 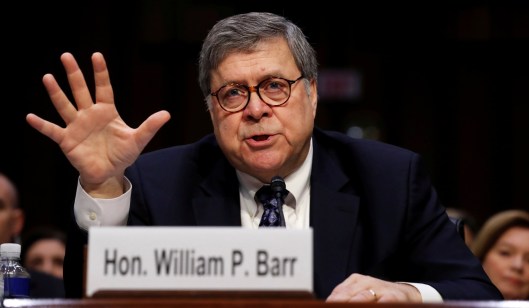 President Trump has declared a national emergency to help fund the construction of his border-wall between the United States and Mexico. The move could potentially increase funds from the $1.35 billion authorized by Congress to $8 billion, in part borrowed from Defense spending. Trump has simultaneously categorized the emergency as necessitated by the “invasion” from the south and admitted that he just wants to get the job done faster. Mixed signals such as these, as well as the general nature of what has been dubbed the President’s “vanity project,” have caused many to label Trump’s action as an abuse of his authority.

Professor Frank Bowman previously considered and wrote about the impeachability of Trump in light of such a flagrant declaration of national emergency. His post should be read in full and can be found here. However, to borrow from his conclusion, he wrote that whether such an action is impeachable depends in part on signals of its unconstitutionality. These signals can come in two forms: 1)  a majority vote in both houses of Congress to undermine Trump’s declaration; and 2) a decision by the Supreme Court that Trump’s action is unconstitutional.

Though both high hurdles, neither signal is impossible. It should be noted that several Republican Senators and Representatives have already spoken out against Trump’s declaration. Additionally, the first suit to challenge the constitutionality of the decision has already been filed by Public Citizen. 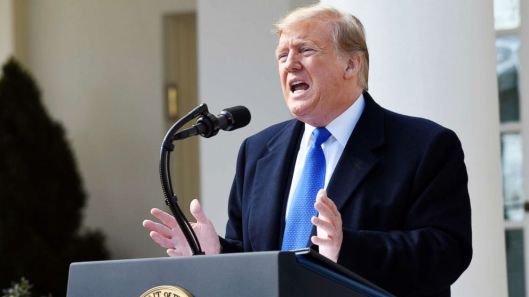