This article from the Atlantic takes a close look at President Trump’s mental health, and the inability of our legal system to deal with a cracked President. Over the past year there has been a lot of speculation as to the President’s capacity, and even calls to utilize the 25th amendment to remove the President should he prove mentally unfit. The President’s tweets (such as the recent one about his ‘nuclear button’), his speech, and even the manner by which he takes a drink of water are all seen as indicators of his lack of mental capacity. But should this speculation prove to be accurate, and Trump actually suffers from some sort of dementia, it seems there is little that can be done. The 25th amendment is the usual mechanism for removing an unfit president, but that requires that the President’s cabinet declare him unfit, and that 2/3 of Congress vote to remove him. That make it an arguably higher standard than impeachment. Therefore, if Trump (continues to) prove himself unfit, it may be that impeachment is still the worried citizen’s best bet. 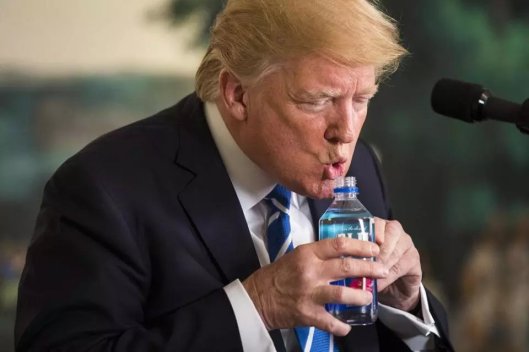