Trump said yesterday, during an interview with the New York Times, that Deputy Attorney General Rod Rosenstein informed him that he is not a target of the Mueller investigation. Trump also added that he is not a “subject” of the investigation, but it is unclear whether that is a word Rosenstein used or a descriptor Trump added. He seemed to use the words interchangeably saying first “he told the attorneys that I’m not a subject, I’m not a target,” and then added  “[t]he lawyers ask him. They say, ‘He’s not a target of the investigation.’”

Readers will recall that Trump already received the news that he is not a target of the Mueller investigation from Mueller himself in April of 2018. As Professor Bowman wrote then, what that could mean, according to the definition of “target” in the United States Attorneys Manual, is that DOJ policy prevents Trump from becoming an indicted defendant and therefore a target. However, if that is not what Rosenstein meant and Trump could be a target, then it is significant that he has not, in the past 10 or so months, become one. What is more significant is if Trump is indeed not a subject of Mueller’s investigation. That could mean that there is not enough evidence to continue investigating Trump or enough evidence to have exonerated Trump.  That, however, seems unlikely. 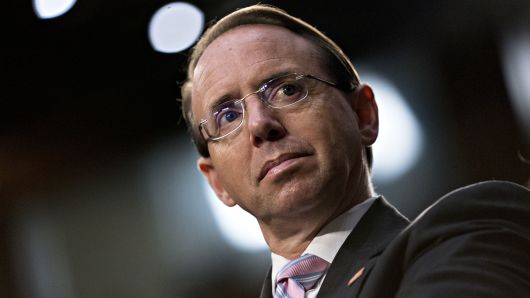 It has been reported that President Donald Trump has no intention of firing Deputy Attorney General Rod Rosenstein. There was some speculation that a firing or resignation would occur after it was reported by the New York Times that Rosenstein had discussed removing the President via the 25th amendment and recorded him secretly, though Rosenstein denied both allegations. Now, after a nice flight the two shared to Florida, Trump announces that he doesn’t intend to make any changes to the Justice Department.

This is surprising, considering the menagerie of firings Trump has collected throughout his campaign and administration.  However, there was some speculation that firing Rosenstein could amount to obstruction of justice, and with midterms looming, it may be that Trump is looking to avoid another scandal. This issue very well may resurface after November. 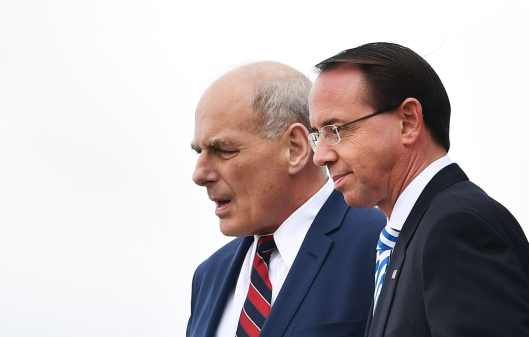