Tyler Brown’s article, “The Court Can’t Even Handle Me Right Now: The Arpaio Pardon and Its Effect on the Scope of Presidential Pardons,” published in the Pepperdine Law Review, examines the effect the President Trump’s pardon of Joe Arpaio will likely have on the law and Trump’s political standing:

The Constitution grants the president the power to pardon individuals for offenses against the United States. Courts have interpreted this power broadly, and the American public has historically accepted its use, even in the face of several controversial pardons over the last five decades. However, after President Trump pardoned Joe Arpaio—a former Arizona sheriff who was held in criminal contempt of court for continuing to illegally detain suspected undocumented immigrants—scholars, activists, and political figures questioned whether this pardon was unconstitutional. This Comment discusses the Court’s interpretation of the pardoning power, controversial pardons in modern history, and the details of the Arpaio pardon and the public’s response. After comparing the Arpaio pardon to previous pardons, analyzing constitutional arguments, and laying out the legal and political impact the pardon may have on the Trump administration, this Comment ultimately concludes that the Arpaio pardon is constitutionally suspect, but the current Court is not likely to make any changes to the pardoning power’s broad interpretation. 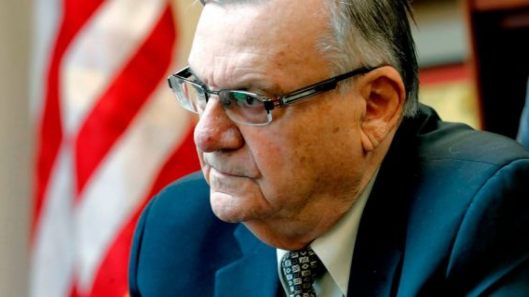 House Democrats are reportedly shying away from impeachment, even in light of Michael Cohen’s testimony, which may have implicated President Trump in acts of tax fraud, insurance fraud, and campaign finance violations. The New York times characterized the Dem’s approach to the impeachment inquiry as “a thousand cuts over a swing of the ax;” meaning a drawn out investigation has a greater chance of injuring Trump, by lowering his chance of reelection, than impeachment does, which could energize his base. However, the unwillingness to, at least doggedly, pursue impeachment, begs the question “is there an obligation to impeach?” Constitutional scholars have said no. Akhil Reed Amar wrote in his article On Impeaching Presidents, published in the wake of the Clinton Impeachment, about prosecutorial discretion in administering impeachment:

Article I, Section 2, of the Constitution gives the House the “power” to impeach, but imposes no duty to impeach. The Framers knew how to use the word “duty”–indeed they used it twice in Article II–and so there is no ambiguity here. House impeachment is about power, not duty–about choices, not obligations. Impeachment is never reducible to one question: Is the conduct in question impeachable? Instead it always also implicates a second question: Is it worth it? Just as a grand jury can legitimately decline to indict and a prosecutor may legitimately decline to prosecute as a matter of discretion– fairness concerns, resource constraints, bigger fish to fry, avoidance of undue harm to third parties–so too the new House may decide that the President and, more importantly, the nation have suffered enough. . . . The new House must be free to use this power as it sees fit. It is not a potted plant, and indeed enjoys greater democratic legitimacy than the lame-duck House that voted to impeach, contrary to the spirit of the people’s verdict in the November congressional election.

Regardless, Democrats should consider the value of precedent. Even if harming Trump’s chances of reelection has the same effect as his removal, it fails to set an example for future congressmen.

This week has proven to be a difficult one for President Trump. As both civil and criminal investigations draw near and his tight spot becomes tighter, one can only begin to imagine his discomfort.

The world of Special Counsel Robert Mueller’s investigation has gotten a little brighter with the cooperation of Paul Manafort. Trump’s former Campaign chairman finally struck a plea deal last Friday and pleaded guilty to conspiracy to defraud the United States and obstruction of justice. Though Trump’s press secretary, Sarah Sanders, argues that the charges against Manafort have nothing to do with the President and could not incriminate him, Manafort apparently possesses information valuable enough for Mueller to agree to waive 5 of his 7 charges and argue leniency in his sentencing. Especially valuable is Manafort’s participation in the Russian lawyer meeting and any insight he may be able to give as to what happened there. Some theorize that Manafort’s cooperation promises the end of Mueller’s investigation.

On top of Mueller’s progress, Trump faces discovery requests pursuant to a civil suit in the U.S. District Court of Maryland. The suit alleges that Trump violated the Domestic and Foreign Emoluments Clauses of the United States Constitution through operation of the Trump International Hotel near the White House. Pursuant to those allegations, the plaintiffs, D.C. Attorney General Karl Racine and Maryland Attorney General Peter Frosh, are seeking communications between Trump and foreign and U.S. state government officials related to use of the hotel, records of the hotel’s business with foreign officials, records of cash transferred from the trust which collects the hotel’s funds to Trump, and documents from the General Services Administration and the U.S. Treasury Department which lease the hotel building to Trump.

The likely result of these two investigations is that allegations of impeachable offenses committed by Trump, conspiracy to defraud the American people, obstruction of justice, and violation of the emoluments clauses, will soon either be substantiated or refutable. And with midterm elections looming, this information could not have come at a better time. Soon there will be a Congress that can transform all of this discovery into articles of impeachment.

This Bloomberg article, written by Justin Sink, accounts for each of the Trump associates which are now helping to build a case against the President. Interestingly, included among their numbers is Allen Weisselberg, the chief financial officer of the Trump Organization. Information from Weisselberg could prove especially threatening to Trump.  He has been the C.F.O of the Trump Organization for years,  has worked with the Trump family in some capacity since 1970, serves as treasurer to President Trump’s personal foundation, and is the only non-family member that serves as a trustee to the trust that owns the Trump Organizations business interests. This is significant, because investigators have been previously unable to access Trump’s financial records. Now they have the next best thing. Weisselberg, with his intimate knowledge of the President’s finances, could provide the information previously sought from the records, such as evidence of Russian dealings or violations of the foreign emoluments clause. Even if this information is not sufficient to build a case, it could very well be sufficient enough to get a subpoena for the President’s records.

Andre De Luc in his article, Competing Accounts of Interpretation and Practical Reasoning in the Debate over Originalism, argues that to make progress in constitutional interpretation, academia needs to move away from the originalism debate. As an example of the fruitlessness of said debate, he points to the constitution’s instructions for impeachment. Bizarrely, in the impeachment of a vice president, the vice president himself, as the head of the Senate, would preside over his own trial. De Luc claims that such odd results come from an overly strict interpretation of the constitution, and that the focus on originalism has stopped academics from exploring alternative, more flexible options for interpretation.

Click here to read a discussion of the historical precedent for impeachment.