Over the past 4-5 months, after the Ukraine story broke and impeachment wended its way through the House and Senate, I’ve had the honor to do a great many interviews for print and broadcast media. What I anticipate to be the last one occurred on the English-language channel of France24. The link to it follows. All-in-all, it’s not a bad summary of my reactions to what happened, as well as some cautious predictions about what it will all mean hereafter.

President Trump has declared a national emergency to help fund the construction of his border-wall between the United States and Mexico. The move could potentially increase funds from the $1.35 billion authorized by Congress to $8 billion, in part borrowed from Defense spending. Trump has simultaneously categorized the emergency as necessitated by the “invasion” from the south and admitted that he just wants to get the job done faster. Mixed signals such as these, as well as the general nature of what has been dubbed the President’s “vanity project,” have caused many to label Trump’s action as an abuse of his authority.

Professor Frank Bowman previously considered and wrote about the impeachability of Trump in light of such a flagrant declaration of national emergency. His post should be read in full and can be found here. However, to borrow from his conclusion, he wrote that whether such an action is impeachable depends in part on signals of its unconstitutionality. These signals can come in two forms: 1)  a majority vote in both houses of Congress to undermine Trump’s declaration; and 2) a decision by the Supreme Court that Trump’s action is unconstitutional.

Though both high hurdles, neither signal is impossible. It should be noted that several Republican Senators and Representatives have already spoken out against Trump’s declaration. Additionally, the first suit to challenge the constitutionality of the decision has already been filed by Public Citizen. 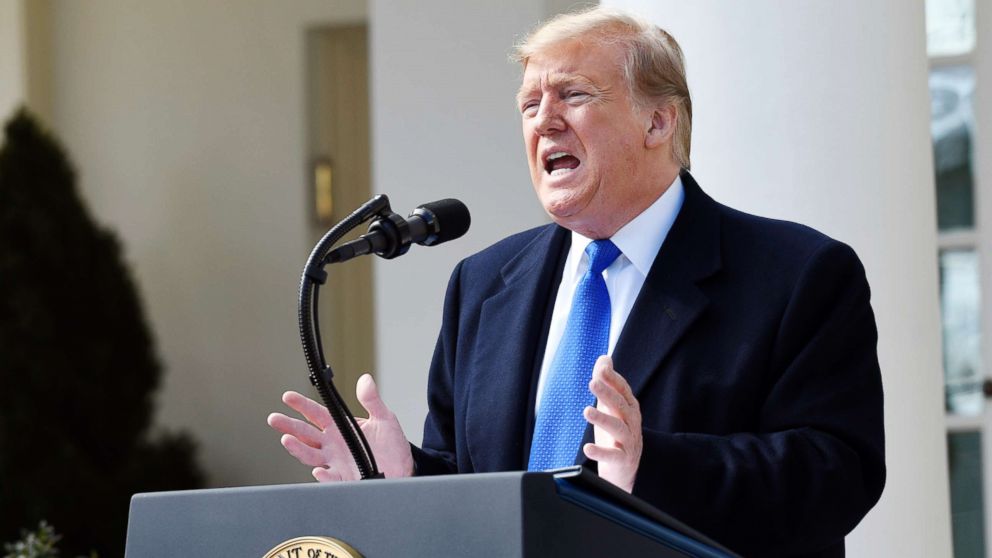 Many of the positions President Trump has taken on important foreign policy issues and agreements have been unorthodox, even radical, and have caused public concern. Professor Bowman has argued they may even be impeachable. In fact, Trump’s foreign policy decisions have been so varied and strange, they can be difficult to account for.

Jack Goldsmith and Shannon Togawa Mercer have compiled an account of President Trump’s attack on international law in their forthcoming article International Law and Institutions in the Trump Era. They examine Trump’s decisions on trade, investment, climate, arms control, diplomacy, war, human rights, and his performance at international conferences, and write about their likely effect. Here is an excerpt:

President Trump has altered the United States stance toward international law and institutions in the first two years of his presidency in the following ways: He has verbally assaulted or threatened many of the major international institutions to which the United States belongs (most notably, the UN and several of its agencies, NATO, the WTO, NAFTA, and the G7); he has withdrawn from, or begun the process of withdrawing from, at least six international treaty regimes, including the Paris Agreement, the Iran Deal, and the INF Treaty; he has ceased negotiations for, or announced an intention not to conclude, at least two important trade agreements; he has begun a global trade war in possible violation of WTO rules; he twice attacked the Assad regime in probable violation of the Charter of the UN (UN Charter); and he sharply redirected United States human rights law policy along several dimensions and might have violated United States treaty commitments with his immigration policies.

For a comprehensive and academic review of Trump’s (possibly impeachable) foreign policy, check out the link above. 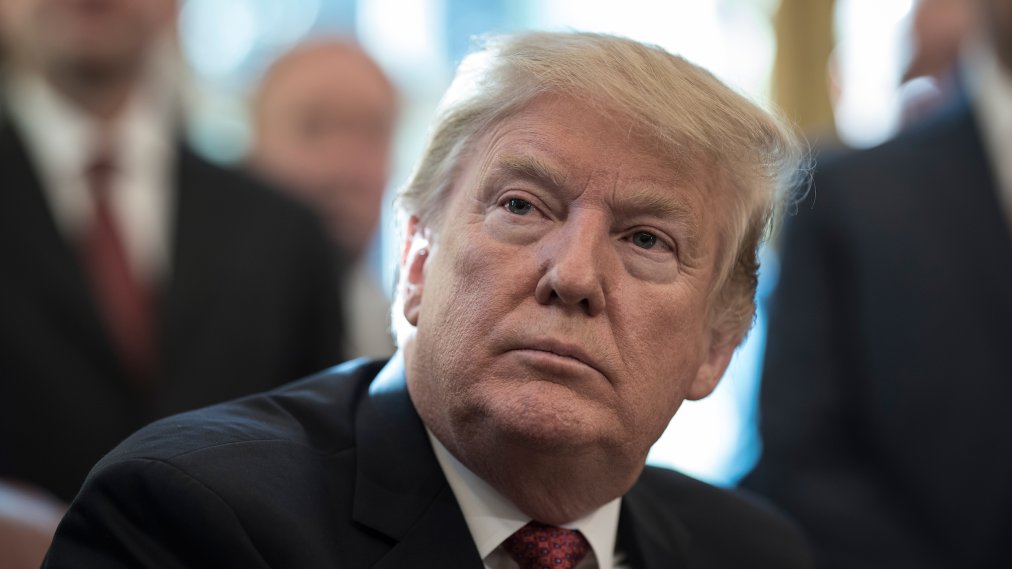 Shortly after Roger Stone’s arrest on a seven-count indictment charging lying and obstruction, Prof. Bowman appeared on the Canadian news network, CTV, to comment on the case. His interview appears here.

Special Counsel Robert Mueller’s office has issued a rare statement denying the veracity of the BuzzFeed article published yesterday. The article in question stated that Mueller’s office had a cache of documents which established that President Trump encouraged his former attorney, Michael Cohen, to lie about the extent of the Moscow Trump Tower negotiations. If that were true, the legal consequences would have been severe; Professor Frank Bowman provided an analysis which was published on Slate.com.

However, though BuzzFeed has dug in its heels, the rarity of such public statements from Mueller’s office and its direct nature seem to indicate that there is no truth to the story. That is to say, Mueller’s office does not have hard evidence of such directions exchanged between Trump and Cohen. There is some concern that this revelation will give the President new ammunition against the media; however, it should not be forgotten that the truth finder of most significance in this case is Robert Mueller. It should be heartening that he is staying the course. 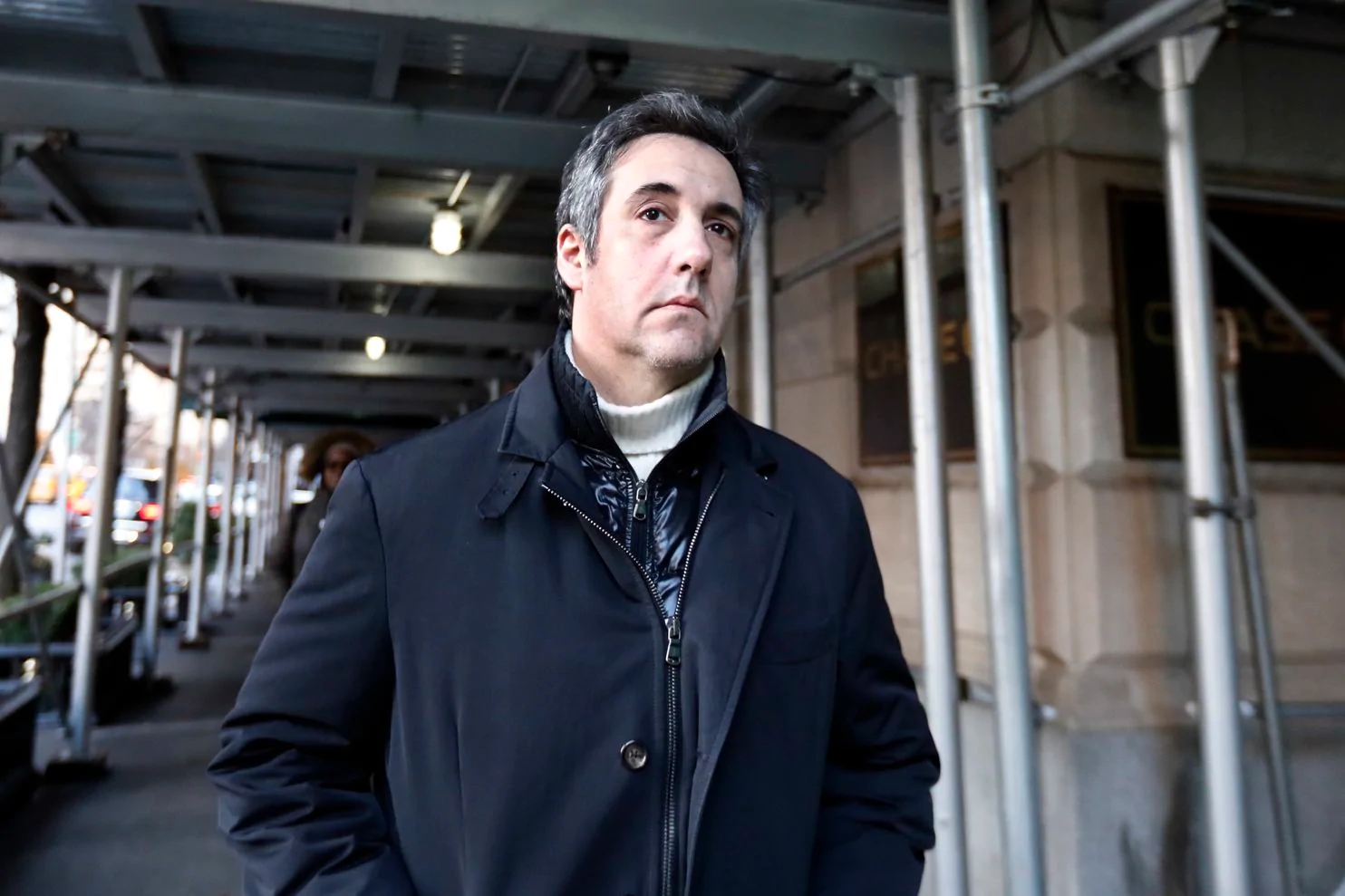 Nikolas Bowie, Assistant Professor at Harvard Law School, wrote in an article for the Harvard Law Review Forum, entitled “High Crimes Without Law,” a dissent to the popular view that impeachable offenses need not be violations of existing law. This argument was first made by Justice Benjamin Curtis, who left his post with the Supreme Court  in the wake of the Dred Scott decision, and subsequently agreed to represent President Andrew Johnson in his impeachment proceedings. Johnson was impeached, in part, for inflammatory speeches given in protest of Congress’ anti-slavery legislation.

Curtis argued that the “high crimes and misdemeanors” warranting impeachment are defined as high crimes committed against the United States, made illegal by laws of the  United States. He supported this argument with three points: “first, a textual argument that the phrase “high Crimes and Misdemeanors” refers to something analogous to treason and bribery; second, a structural argument that impeachment proceedings are criminal trials; and third, a structural argument that Congress could not use impeachment proceedings to subvert the constitutional prohibitions against ex post facto laws and bills of attainder.” Bowie explores these arguments in detail, and then proceeds to respond to modern counter arguments, such as those professed by Professors Laurence Tribe and Joshua Matz. The primary difference between Curtis’ interpretation and that of Tribe and Matz’s more expansive definition is in the way they define impeachment, as either a criminal or civil process; Tribe and Matz argue that impeachment is a civil proceeding not requiring the constitutional protections of a criminal proceeding. Interested readers should follow the link above for a more detailed overview of Bowie and Curtis’ argument.

As a note, even if Curtis’ interpretation is correct, and impeachment only applies to crimes enshrined in law, that does not necessarily let President Trump off the hook. The voter fraud for which he has been very nearly implicated by Mueller’s investigation, may well be a criminal violation. Professor Bowman weighed this possibility in his latest post, though he would disagree with Bowie and argues that violations of existing law are not necessary for impeachment. Said post can be found here. 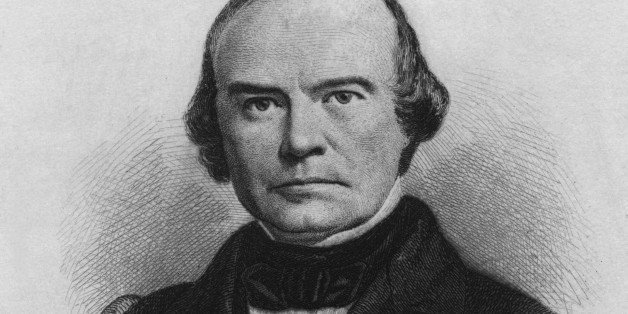 Politco reports that Nancy Pelosi, incoming Speaker of the House, is reining in impeachment efforts in order to give Special Counsel Robert Muller more time with his investigation. She is joined in this effort even by progressive Democrats who voted to start impeachment efforts last year, such as Rep. Pramila Jayapal. Though representatives, such as California Rep. Eric Swalwell, recognize that the campaign finance law violations, established by Michael Cohen when he confessed to paying hush money to models Stormy Daniels and Karen McDougal, do constitute impeachable offenses, they feel they do not alone justify impeachment. It has been suggested that this may be in part because they are reluctant to risk the blow-back that Republicans faced after the impeachment of President Clinton for the mild offenses brought incident to the Lewinsky scandal. They are however planning to start oversight hearings in January.

House Democrats are wise to wait. With new reports that Saudi Arabia, the United Arab Emirates, and Turkey may have had their hands in President Trump’s election, it is apparent that whatever conspiracy exists, it has many more as of yet not-established parts. Additionally, as Professor Bowman has written, the impeach-ability of Trump rests on the slue of missteps he has committed since before and during his presidency. It will take the whole of his crimes, well established by Mueller’s investigation, to justify impeachment efforts. 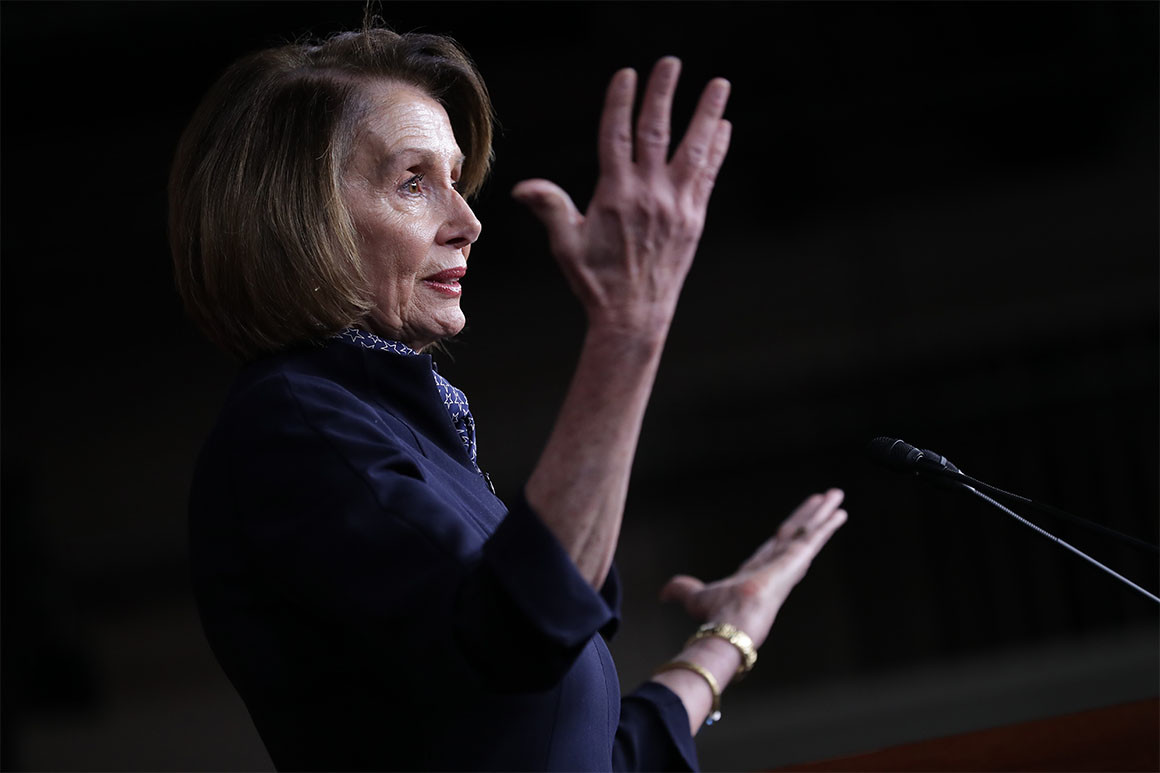 This opinion piece, published in the New York Times, describes President Trump’s order sending the military to meet the caravan of immigrants at the U.S.-Mexican border as an unprecedented abuse of military power. The caravan referred to is that of the thousands of immigrants moving north towards the United States from Central America. President Trump has used the caravan to boost his anti-immigration rhetoric over the past few weeks. Trump recently ordered that 5800 military troops march to meet the immigrants, an action which the opinion piece above theorizes was taken solely to curry political favor. If that is that case, it would be an unprecedented abuse of military power.

Though what Trump did was technically legal,  the opinion claims that it amounts to an abuse of military power.  To use and move troops for no other reason than to gain political advantage is a first for American presidents. The piece points out that though other presidents have referred to military actions in speeches to increase their popularity, there are no examples of presidents that have taken military action within the United States for no other reason than to curry political favor. It argues politics must be the sole reason for the order because in the past similar border threats have been dealt with by fewer troops and the national guard alone. By treating the situation as a more serious threat, Trump has turned a group of tired immigrants into a national security threat. As such, Trump’s manner of dealing with the caravan amounts to an unprecedented abuse of military power.

Abuse of military power has historically been considered an impeachable offense. Professor Frank Bowman wrote an article about the history of British impeachments (found here), entitled “British Impeachmnets (1376 – 1787) & the Present American Constitutional Crisis.” In it he explores historical British impeachment procedure and specific examples of British impeachments. He cites to several examples of British officers that were impeached for military blunders. For instance, Michael de la Pole, Earl of Suffolk, was impeached for failure to adequately utilize funds for maritime defense and bungling a military expedition to relieve Ghent. In 1626 parliamentary outrage over George Villiers, the Duke of Buckingham’s, military incompetence also led to articles of impeachment.

The phrase “high crimes and misdemeanors” is the vague descriptor of what qualifies an act as impeachable. It can be difficult to tell what the founding fathers intended to fall into that scope. However, the drafters of the Constitution would have known of these British impeachments. An impeachment of a president for abuse of military power does not seem out of the realm of possibility, because of the historical precedent already in place for such a thing, and because the enormous power that is placed with the President as the Commander in Chief. Without a way to rectify abuse of said power there would be little balance between the branches of government. Therefore, it is arguable that in moving 5800 troops to the border Trump has committed another act worthy of impeachment.

In April 2018, Professor Frank Bowman gave this lecture sponsored by the University of Missouri Chapter of the American Constitution Society explaining the impeachment clauses of the Constitution, the historical precedent for their use in the cases of Presidents Andrew Johnson, Richard Nixon, and Bill Clinton, and a view of impeachment as an essential tool in the case of a president who consistently violates legal and behavioral norms essential to the preservation of American constitutional order.