Representative Green offered articles of impeachment on the House floor for the second time this morning. Those who read Rep. Green’s first set of articles, will know that they cited Trump’s continued sexism and bigotry, which “underminded the integrity of his office.” Specific examples of said bigoty were his Muslim ban, comments towards the Charlottesville protestors, and his attack on the kneeling NFL players. Added to this list now are the comments President Trump made during the presentation of the bipartisan immigration proposal, insulting immigrants from African nations, Haiti, and El Salvador  — his “shithole” comment. Green claims that Trump is trying to convert his bigotry into policy.

The timing of Green’s resolution is questionable. With a government shutdown looming, and Congressmen’s minds on things such as immigration reform, Green is unlikely to make any headway with impeachment. However, that has not stopped Green before. Despite the fact that House Minority Leader Nancy Pelosi has made it known that she prefers a more diplomatic approach to impeachment, Green has been vocal in the impeachment effort. It seems likely that Green cares less about the success of his efforts than he does about making a statement: that he will not tolerate bigotry in the Oval Office. Frankly, I can’t blame him.

The text of his resolution can be found here.

If Congress is unable to pass a spending bill by this Friday at midnight, the government will shutdown for the first time since 2013. With elections looming in 2018 and presidential elections in 2020, Parties and the President must decide whether it would be better to allow a government shutdown then to cede their policy concerns. The spending bill is currently stalled over immigration issues. A bipartisan proposal was recently rejected by President Trump, who wanted stronger restrictions on immigration and more funding for his border wall. The Democrats meanwhile are unwilling to cede on certain immigration issues, such as an easier path to citizenship for the dreamers. So the question is then, if the current stalemate were to result in a government shutdown, which party would it reflect poorly on?

President Trump recently tweeted that “the Democrats want to shut down the Government over Amnesty for all and Border Security.” Meanwhile, Democrats are claiming that the President is racist, citing his “shithole” comment. In 2013, both parties tried to blame the other for the government shutdown. Therefore, it is possible that no party will look good in light of a government shutdown. But the President might: Trump has tweeted before that the government needs a good shutdown, and indeed, the comment is in line with the anti-government rhetoric upon which he ran. It may be that the Republican party will be harmed by a government shutdown, however if Trump comes out unharmed, it won’t matter.

Though his comment was offensive, it is certainly not the first offensive comment the President has made. One can hope that this comment will be the proverbial straw that will finally break the Country’s, and Republican’s, tolerance of the President, but that much remains to be seen. 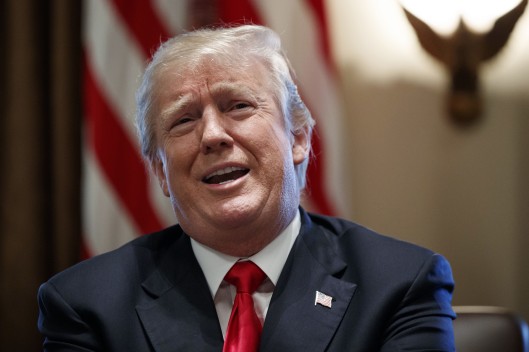