Representative Green offered articles of impeachment on the House floor for the second time this morning. Those who read Rep. Green’s first set of articles, will know that they cited Trump’s continued sexism and bigotry, which “underminded the integrity of his office.” Specific examples of said bigoty were his Muslim ban, comments towards the Charlottesville protestors, and his attack on the kneeling NFL players. Added to this list now are the comments President Trump made during the presentation of the bipartisan immigration proposal, insulting immigrants from African nations, Haiti, and El Salvador  — his “shithole” comment. Green claims that Trump is trying to convert his bigotry into policy.

The timing of Green’s resolution is questionable. With a government shutdown looming, and Congressmen’s minds on things such as immigration reform, Green is unlikely to make any headway with impeachment. However, that has not stopped Green before. Despite the fact that House Minority Leader Nancy Pelosi has made it known that she prefers a more diplomatic approach to impeachment, Green has been vocal in the impeachment effort. It seems likely that Green cares less about the success of his efforts than he does about making a statement: that he will not tolerate bigotry in the Oval Office. Frankly, I can’t blame him.

The text of his resolution can be found here. 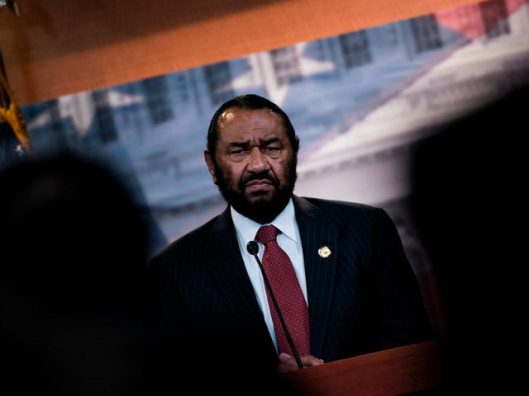 Amidst calls for impeachment by both congressmen and the public, some Democrats say the move is premature. Amongst these are House Minority Leader Nancy Pelosi and Senate Minority Leader Charles Schumer who warned the Democrats might “blow their shot.”

But why should premature calls for impeachment make it any less likely? An answer can be found by examing voter turnout trends for midterm elections. If there is to be any hope for impeachment, Democrats need to regain the majority in both houses of Congress. In order to do this in a timely manner, they must win seats in the 2018 midterm elections. If the 2018 elections follow historical trends, things are looking good for impeachment. Historically there has been a presidential penalty. The presidential penalty is caused by voter dissatisfaction with the Office, and generally causes the President’s party to lose seats. Additionally, James E. Campbell described midterm elections as lacking in the “wow” factor of presdential elections, which causes them to have relatively stable turnout compared to the volatile, party driven turnout of presidential elections. That being said, if the 2018 midterms become about whether or not President Trump will be removed from office, they may receive a voter turnout similar to a presidential election. That could be disadvantageous to the Democrats. Rather than Trump supporters staying home and letting the presidential penalty take effect, they may very well surge the polls in defense of their President. 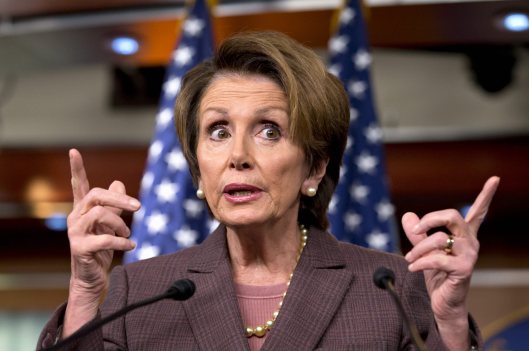 Minority Leader Nancy Pelosi has long stood on the outside of the impeachment efforts in the House. Rather than advocate impeachment, this article from newsweek reports, she suggests they give the President an intervention. Pelosi has a history of taking a more diplomatic approach with President Trump, which includes a private meeting in which they worked out an alternative to the Deferred Action for Childhood Arrivals program.

Pelosi has said she thinks Trump will “self-impeach.” However, that may not be the case if she continues with her diplomacy. Is it possible that a better President can be made out of Trump, or is she just buying him time? 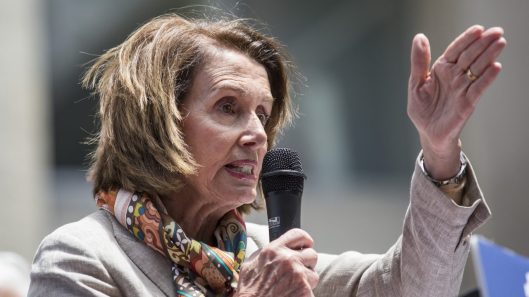 This article, from the New Republic, takes stock of the Democratic Congressmen’s stances on impeahcment following Tom Steyer’s letter. The letter referenced was discussed here last week. Though some endorse impeachment fully, others, like Lis Smith, say it is a “donor issue.”

Ultimately, the issue is a political one, and the article concludes by saying “candidates should employ whatever politics best helps the party get there;” there being the Congressional majority. However, if the party cannot campaign on impeachment, does that mean Congress is not justified in doing it? If impeachment is a political question, does that mean it should ultimately represent the will of the people? Or are Congressmen free to use their discretion?

Click here to read an analysis of Rep. Pelosi’s opinion on the severity of President Trump’s transgressions thus far, their relation to his impeachment, and Congressional politics.